The Magic of Movies and Musicals Concert 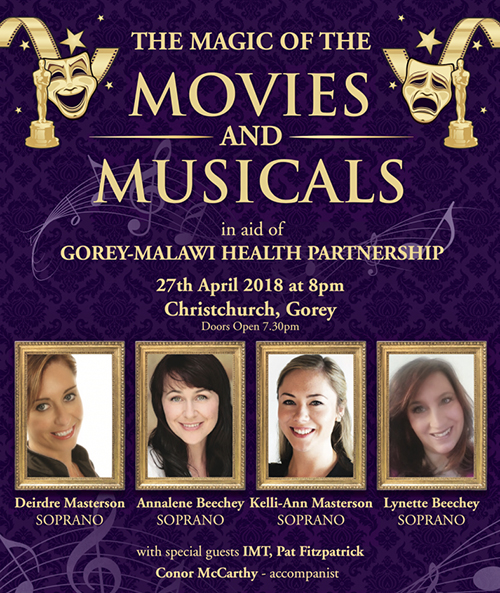 A concert in aid of Gorey Malawi Partnership was held on Friday 27th April 2018  in the beautiful Christchurch, Gorey and over 6,000 euros was raised.

The Magic of the Movies & Musicals

featured songs from legendary musicals old and new, favourite arias from the movies and much more. This concert had something for everyone and will feature Internationally recognised Soprano and Director of The Irish College of Music Theatre Ireland’s Deirdre Masterson, West End performer & NCH soloist Annalene Beechey, Professional soprano Kellyanne Masterson & Lynette Beechey and included guest slots from IMT and musician Pat Fitzpatrick along with accompanist Conor McCarthy.

These musicians  came together and raised money for  the Gorey Malawi Partnership as they are seeking to improve the care of chronic diseases such as asthma in Northern Malawi. 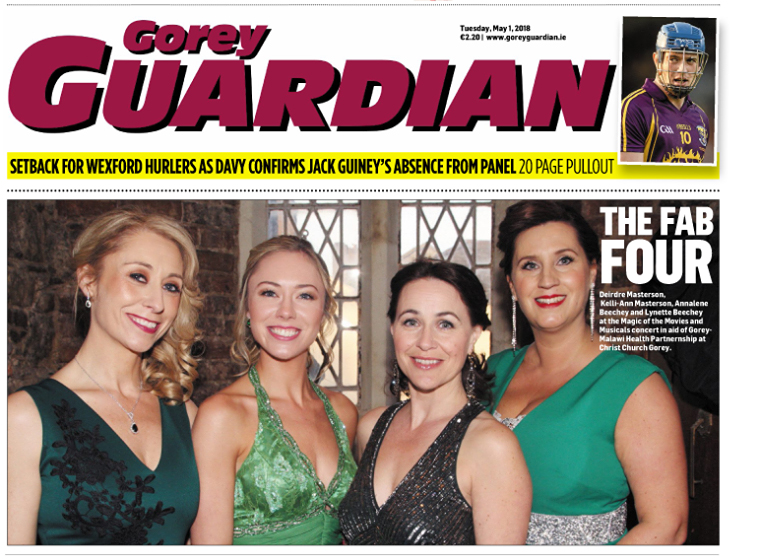 The Palms GP Surgery © 2017 All Rights Reserved
You can login using your social profile
Install social plugin that has it's own SHORTCODE and add it to Theme Options - Socials - 'Login via Social network' field. We recommend: Wordpress Social Login
This website uses cookies to improve your experience. We'll assume you're ok with this, but you can opt-out if you wish. Cookie settingsACCEPTRead More
Privacy & Cookies Policy

Any cookies that may not be particularly necessary for the website to function and is used specifically to collect user personal data via analytics, ads, other embedded contents are termed as non-necessary cookies. It is mandatory to procure user consent prior to running these cookies on your website.